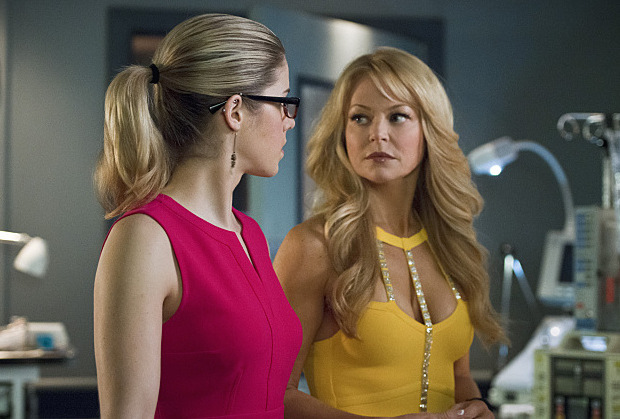 Felicity’s mom has really got it going on — in that the Arrow spitfire’s Season 4 visit has been extended into multiple episodes.

TVLine — which last month broke the news of Charlotte Ross’ return for Episode 6of the new season (premiering Wednesday, Oct. 7) — now has learned that Donna Smoak will also appear in Episodes 9 and 10.

Sure sounds like mom and daughter will have a lot to discuss/deal with, yes…? A certain CEO’s daddy issues, perhaps? #IfWishesWereHorses